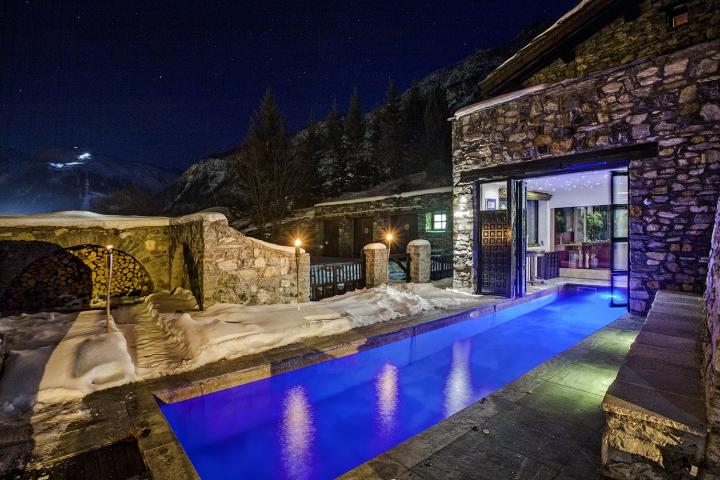 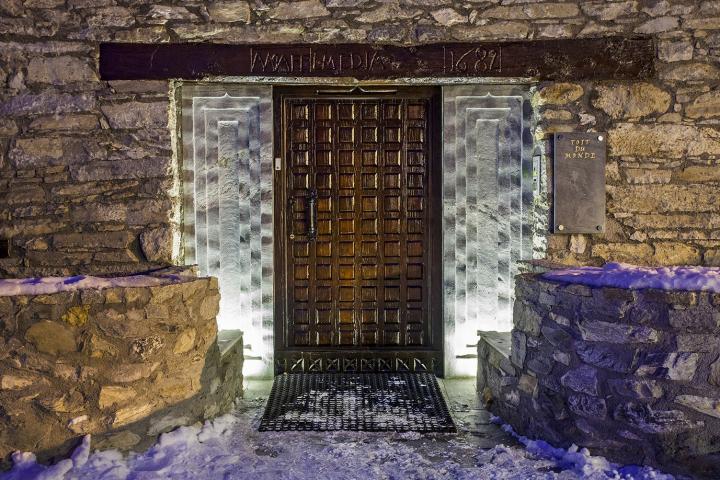 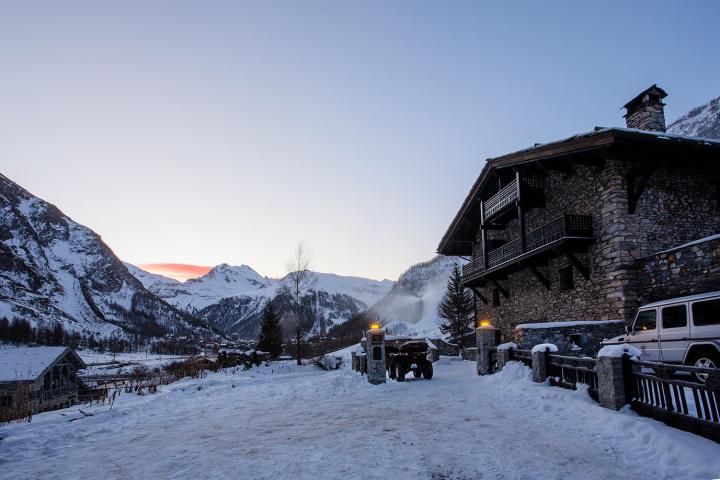 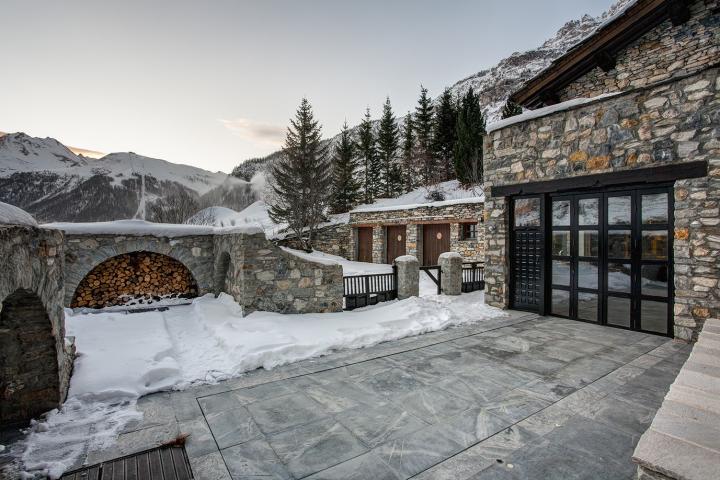 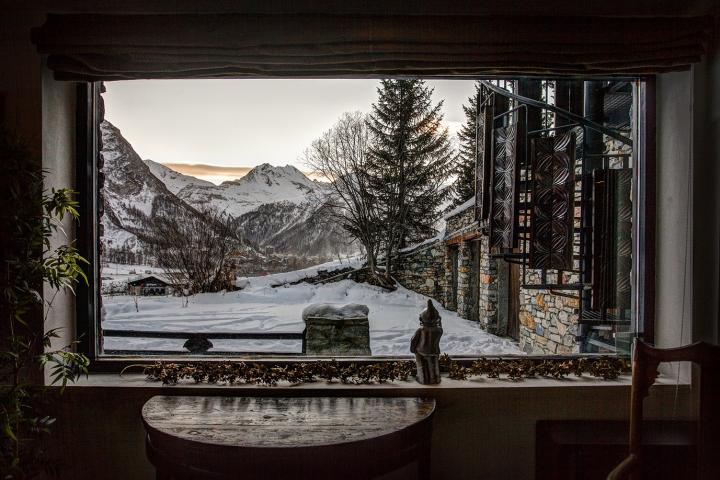 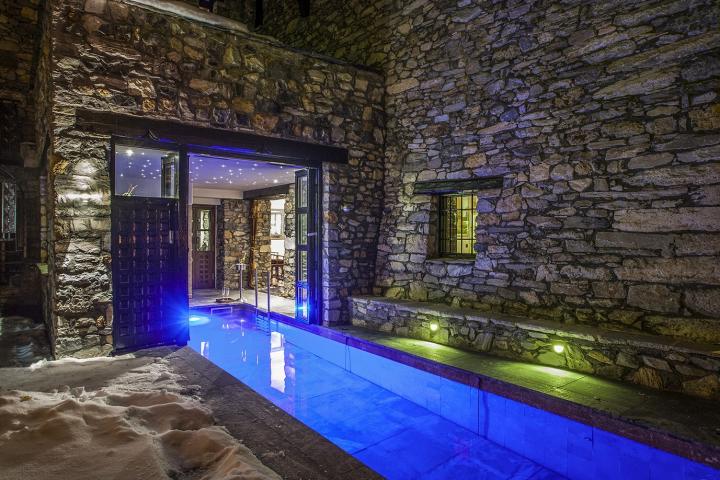 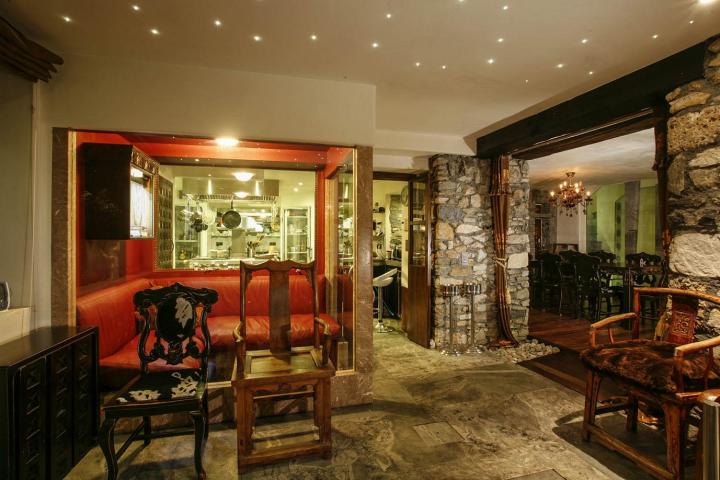 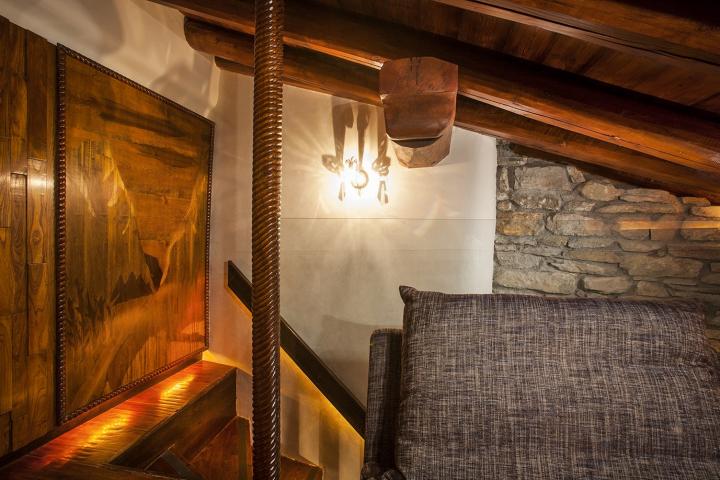 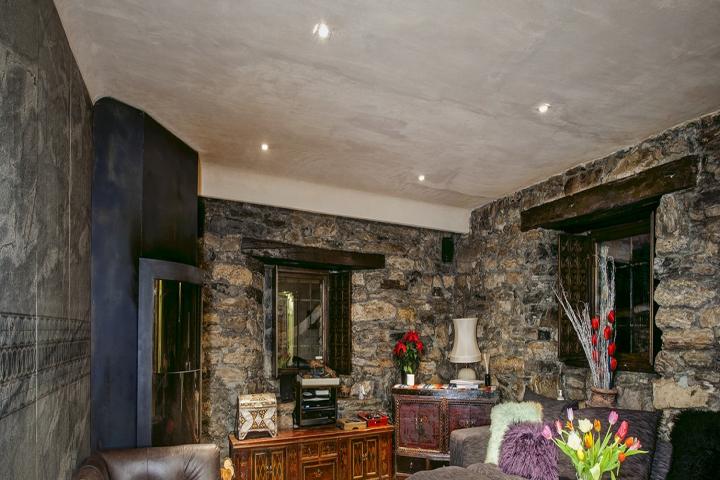 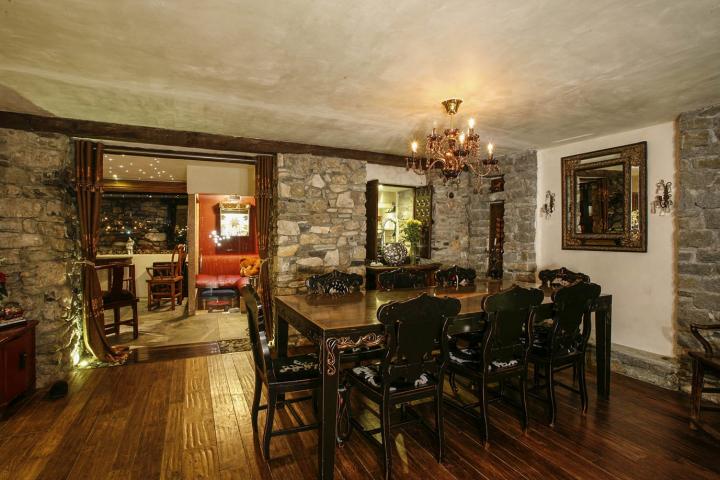 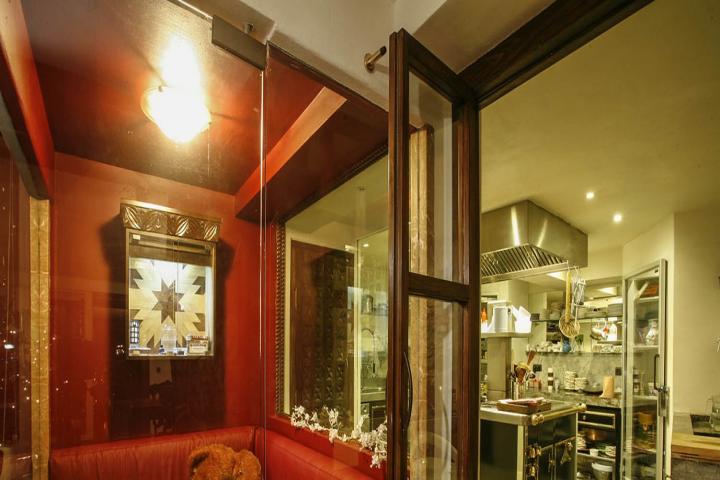 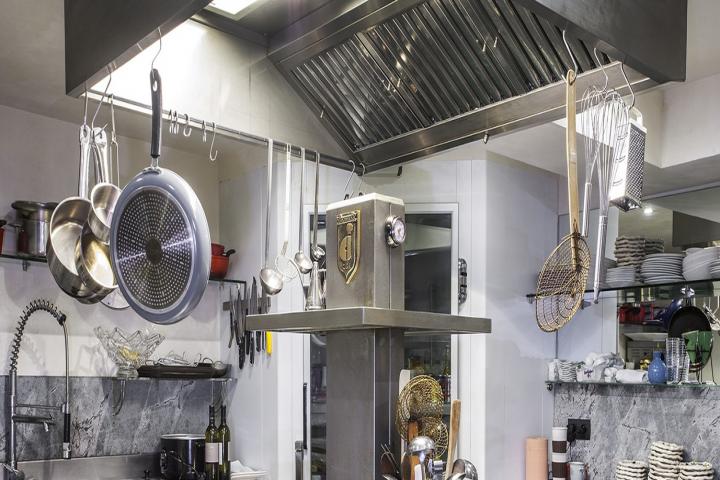 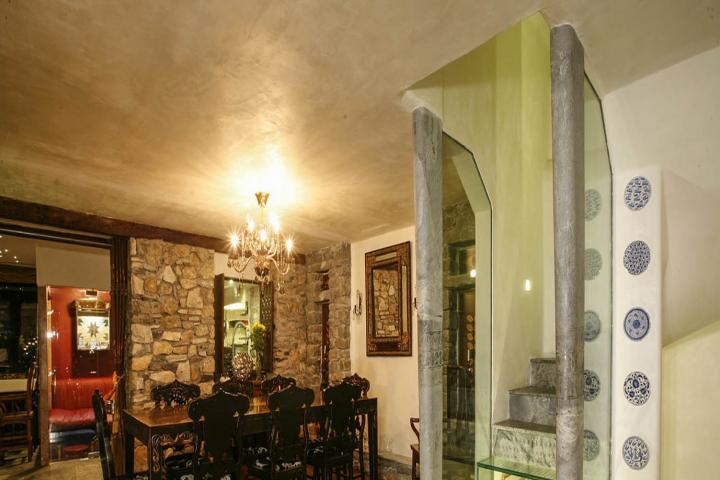 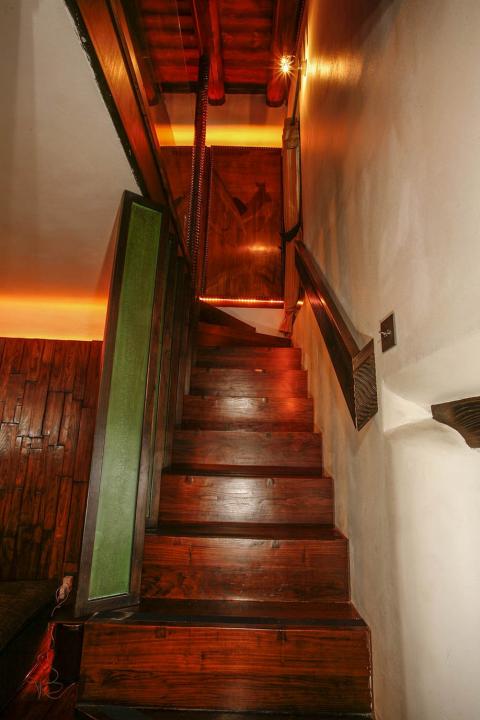 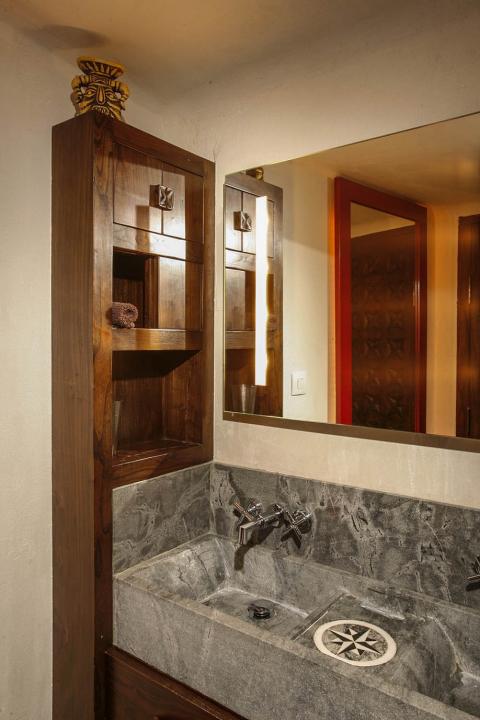 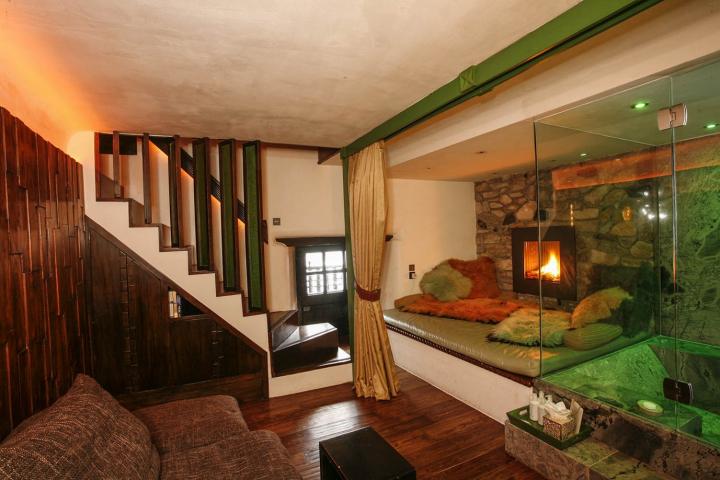 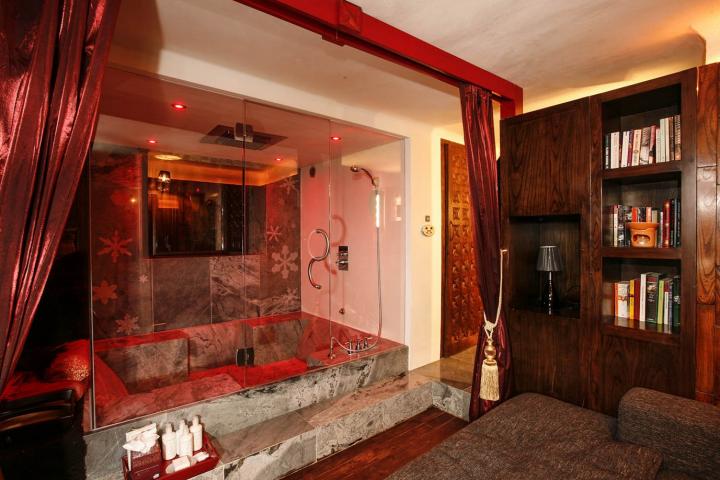 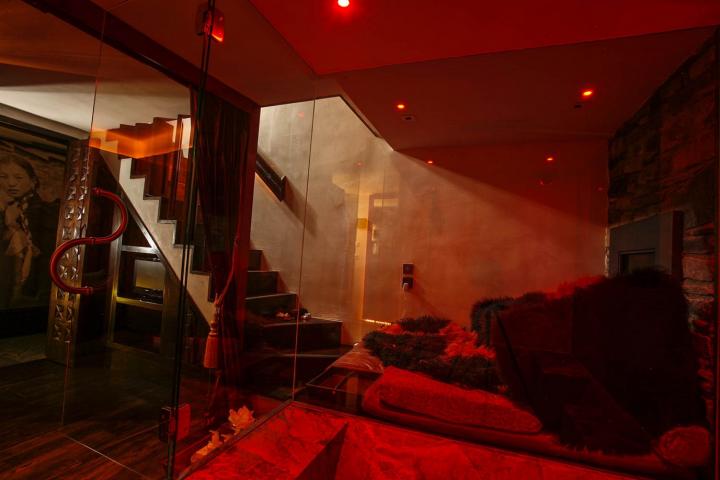 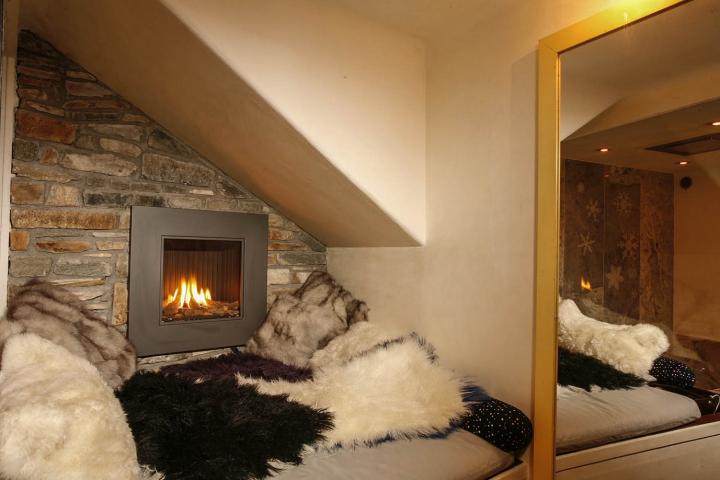 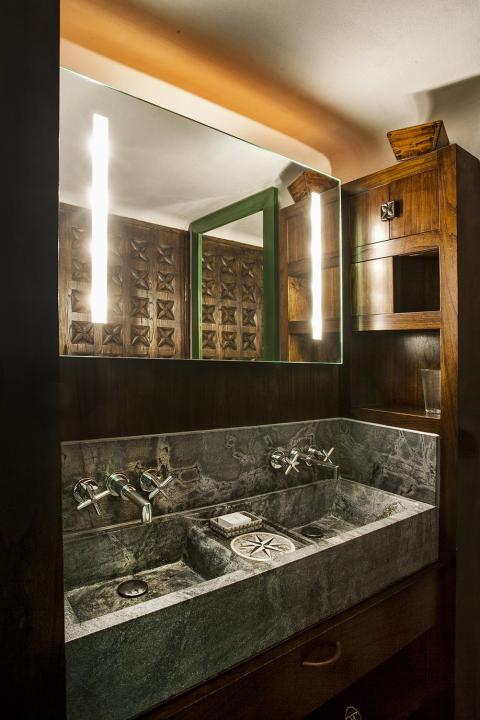 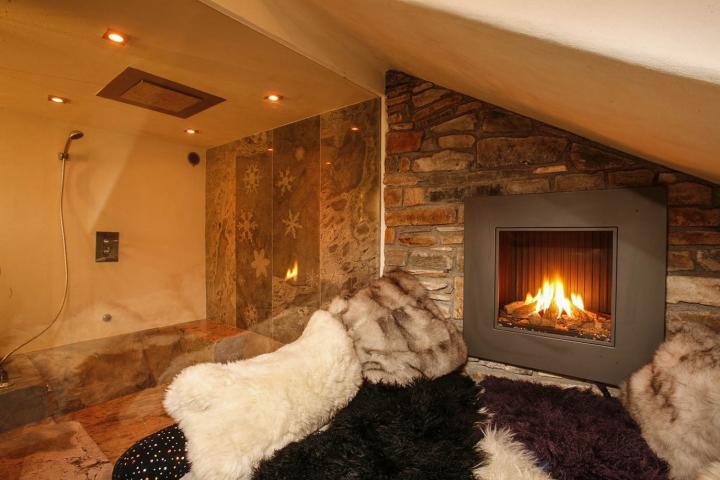 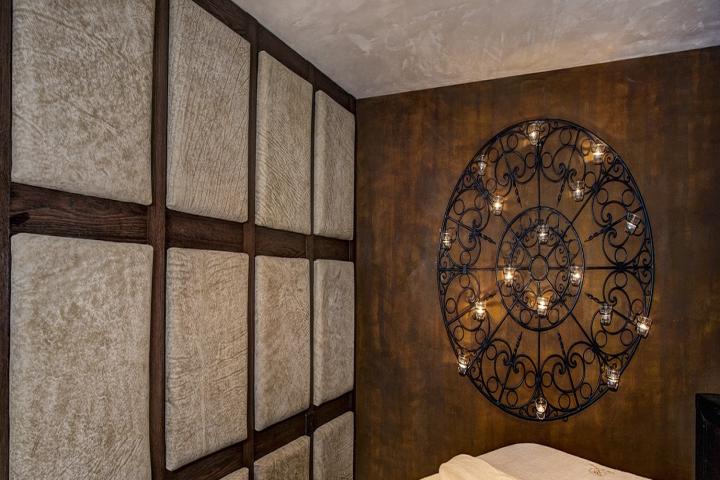 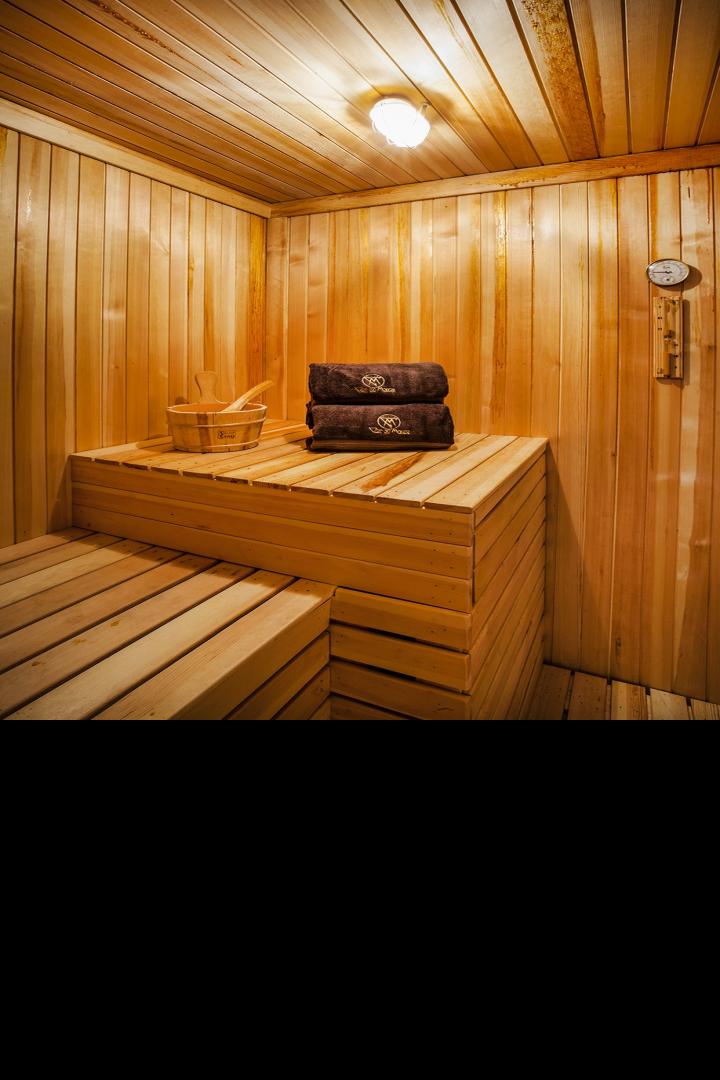 The Ski in/ski out Chalet Toit du Monde is the sister chalet of Himalaya, two exquisite chalets created from an old monastery. Toit du Monde is protected by impressive fortress-like stone walls, creating seclusion and exclusivity for its' guests. The chalet is located on the piste in the area above La Daille which allows ski in ski out access to the domaine de Espace Killy. This luxury chalet sleeps 8 guests in four bedroom suites each of which have separate sleeping and relaxation areas. The marble walls around the bath are adorned with delicately engraved snowflakes, while the floor is subtly heated. The bath is of impressive proportions, each with a rain shower which converts into a steam room, easily seating up to 4 or more people with remote controlled lights.

Original features blend perfectly with state of the art facilities. There is the movie screen which appears at the touch of a button. Then the invisible swimming pool magically appears between the dining area and the outdoor terrace complete with jet stream and corner Jacuzzi jets. The massage room and wine cellar just add to your enjoyment in this unique chalet.

The Chalet can be combined with Chalet Himalaya creating the 'Domaine de Toit du Monde' bringing occupancy up to 16 guests, with double the facilities.

Weekly Rates
from £14,000 to  £53,500
Prices are quoted in GBP for exclusive use of the property, additional beds are charged at GBP300 per head.
Weeks run from Friday to Friday until 11th January 2015, Sunday to Sunday thereafter

All prices are subject to change and will be confirmed at time of the booking.

The chalet is located up a small path in the hamlet of La Daille in a ski in/ski out location in La Daille, only a couple of minutes chauffeured drive from the centre of Val d’Isère.

Val d'Isere lies 5 km from the border with Italy, on the border of the Vanoise National Park created in 1963. Our luxury ski chalets in Val d'Isère are catered and self-catered available, for the best luxury ski holidays. Many have a swimming pool, sauna and hot tub and hammam. Some have ski in/ski out access. During the 1992 Winter Olympics, the Face de Bellevarde was the site of the men's downhill race. Other alpine skiing events held during those games included men's giant slalom and alpine combined. Val d'Isère regularly hosts World Cup alpine events, usually for the men in early December, and hosted the World Championships in 2009. The western and central areas of Val d'Isère are most recognizable by their "chalet" architecture, while in the eastern part of the town high-rise architecture dominates the landscape.

Along with nearby Tignes the area forms part of the "l'Espace Killy", the self-titled "Most Beautiful Ski Area in the World". The town received parish rights in 1637 and the parish church, which is still a landmark in the town centre, was built in 1664. Val d'Isère: It is the better-known part of Espace Killy one of the best ski destination. Val d'Isere, in the Savoie area of France, is a colourful winter sports haven that began as a farm community in the years BC.

The huge skiing domain, shares itself with purpose-built Tignes. The area is named for Olympic hero Jean-Claude Killy, who grew up in Val d'Isere. The charming village finds its 1,800 residents outnumbered 15 to one by guests in winter. Espace Killy has 300 kilometres of maintained slopes cut through vast snowfields that stretch to the horizon. With ninety-nine lifts! Indulge yourself in our luxury winter ski chalets. The western and central areas of Val d'Isère are most recognizable by their "chalet" architecture, while in the eastern part of the town high-rise architecture dominates the landscape. Along with nearby Tignes the area forms part of the "l'Espace Killy", the self-titled "Most Beautiful Ski Area in the World".

The Val d'Isère village is long and thin at the bottom of a deep v-shaped valley. As you approach the resort you pass by Lac du Chevril, under which the old town of Tignes (sunk in 1952) is found. You then enter Val d'Isère via La Daille where the Olympic downhill run finishes. This is a very popular way for skiers to leave the mountain on Val d'Isère holidays, as it is directly below the greatest après ski party in France at Folie Douce. The ski down at closing time is riotous but only recommended for strong intermediates and above. The Pissaillas Glacier offers summer skiing, as well as the usual winter fare.

Snow cannon are placed on certain slopes to accommodate heavy skiing. The ski slopes themselves are equipped with a high-volume gondola, able to transport standing skiers, the funicular Funival from La Daille via a tunnel to the top of Bellevarde, traditional chair lifts—some with windshields and many detachable, button/disc-pulls and tow-ropes. There are both groomed slopes and backcountry (off-piste) skiing. The slopes' difficulty levels are particularly high. However, as in Tignes there are grand, easy  pistes as well. It is first class off piste country for powder addicts and there are many good guides available.