Cortina d'Ampezzo is the leading resort of the Dolomite Region; in fact, the leading resort in the Italian Alps. Stylish, chic, and located in a magnificent mountain range, whose summits are crowned by dramatic rock formations, this historic village has turned into one of the classiest and costliest of all European resorts. Discover our luxury catered and self-catered chalets in Cortina d'Ampezzo. They offer swimming pools, hot tubs, cinema rooms, steam rooms and much more.

For blue bloods and just plain rich Italians, Cortina has long been the resort of choice, so this is the place where you'll see furs and Ferraris, Rolexes and Maseratis. Even if the town is crowded, the slopes might be relatively empty, because nearly three-quarters of the winter guests come for clean air, sunshine, and shopping rather than skiing. In lively Cortina, dining, shopping, walking the poodle, or languishing over an espresso is as much a part of the scene as skiing and snowboarding.

Cortina is a wonderful resort in the heart of the Dolomites with the most dramatic scenery. There is a good quantity of well-maintained slopes; marvellous nursery slopes, good long runs for intermediates and access to the vast Dolomiti Ski Pass area which offers 120km of pistes.

Since the 2019/20 ski season there's a new 10-seater - replacing a 50-year-old cable car to reach the Tofana-Socrepes area with 47km of pistes. The Faloria-Cristallo area with 44km of pistes can be reached by a two-stage cable car. You also have easy access by bus or car to the Cinque Torri-Lagazuoi - 17km distance to Cortina - with 29km of runs. 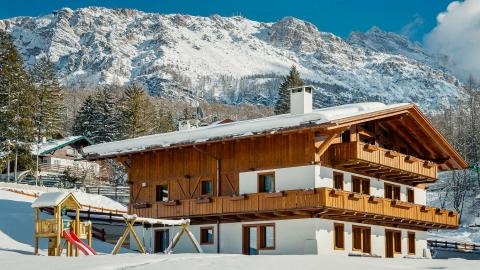 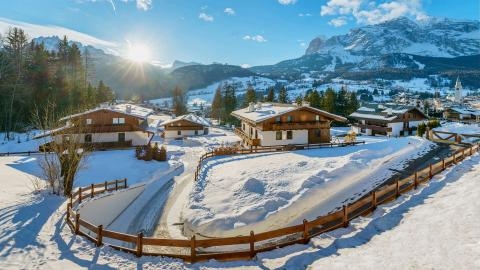