Our luxury ski chalets in Val d'Isère are available catered and self-catered, for the best luxury ski holidays ever. Numerous chalets are Ski in/Ski out. Many have swimming pools, sauna, hammam and hot tubs. Val d'Isère, in the Savoie region of France, is the better-known part of Espace Killy, one of the best skiing destinations in the French Alps. The huge skiing domain - named for Olympic hero Jean-Claude Killy, who grew up in Val d'Isère - shares itself with purpose-built Tignes.

The charming village is a colorful winter sports haven that starts as a farm community in the years BC. It's 1,800 residents are outnumbered 15 to one by guests in winter. The western and central areas of Val d'Isère are most recognizable by their "chalet" architecture, while in the eastern part of the town high-rise architecture dominates the landscape.

The ski resort Val d'Isère in the Savoie region of France, is a colourful winter sports haven that began as a farm community in the years B.C. The town received parish rights in 1637 and the parish church, which is still a landmark in the town centre, was built in 1664.

Along with nearby purpose-built Tignes the area forms part of the Espace Killy, the self-titled "Most Beautiful Ski Area in the World". The Val d'Isère village is long and thin at the bottom of a deep V-shaped valley. As you approach the resort you pass by Lac du Chevril, under which the old town of Tignes (sunk in 1952) is found. You then enter Val d'Isère via La Daille where the Olympic downhill run finishes.

This is a very popular way for skiers to leave the mountain on Val d'Isère holidays, as it is directly below the greatest après ski party in France at Folie Douce. The ski down at closing time is riotous but only recommended for strong intermediates and above.

In Val d'Isère ski lovers can both find groomed slopes and backcountry (off-piste) skiing. The slopes' difficulty levels are particularly high. However - as in Tignes - there are grand, easy pistes too. It is first class off piste country for powder addicts and there are many good guides available. The Pissaillas Glacier offers summer skiing, as well as the usual winter fare. The ski slopes themselves are equipped with a high-volume gondola, able to transport standing skiers, the funicular Funival from La Daille via a tunnel to the top of Bellevarde, traditional chair lifts - some with windshields and many detachable, button/disc-pulls - and tow-ropes.
(Photo © Office de Tourisme de Val d'Isère) 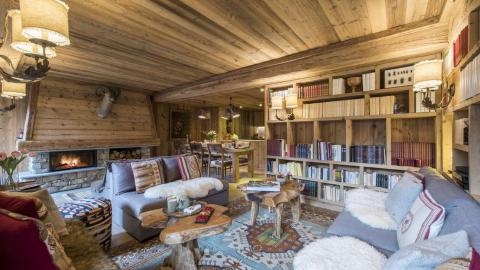 Barmettes, a luxury apartment with private sauna and hot tub in the old village. Occupying one of Val d'Isère's most enviable positions, it has been designed with extraordinary attention to detail, classic Alpine charm and contemporary chic. More Details
Bedrooms: 4    Sleeps: 6 + 2 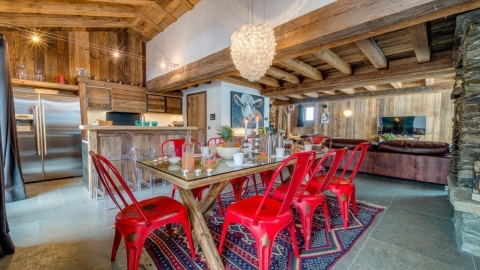 Chalet Jupiter in Val d'Isère is situated in the Le Petit Alaska collection of private chalets with sunny south-facing balcony. Each bedroom has its own en-suite shower room. There is a hammam to relax after a busy day on the piste. More Details
Bedrooms: 4    Sleeps: 6 + 2 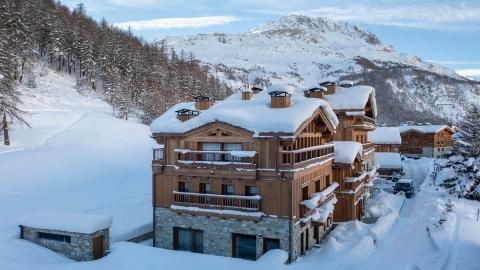 Apartment Chartreuse is a newly completed super stylish and perfectly positioned duplex penthouse apartment in Val d'Isère. The apartment allows you to ski out in the morning, with a piste just behind the property, and ski in after a day on the slopes. More Details
Bedrooms: 4    Sleeps: 8 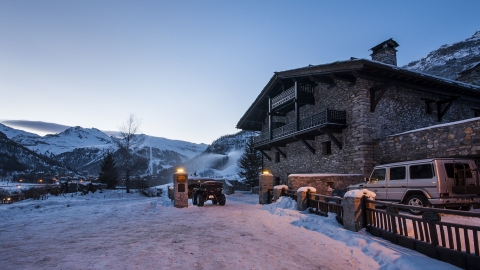 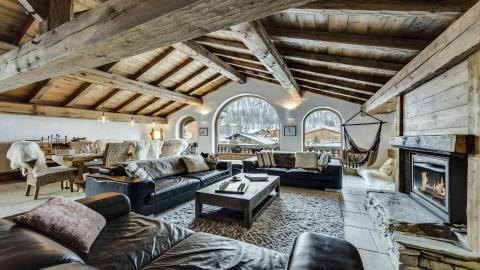 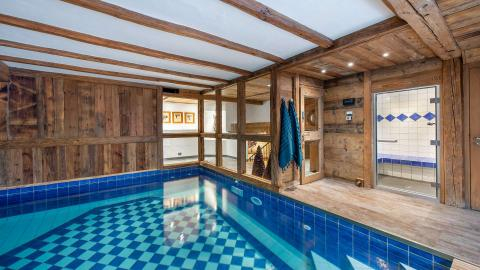 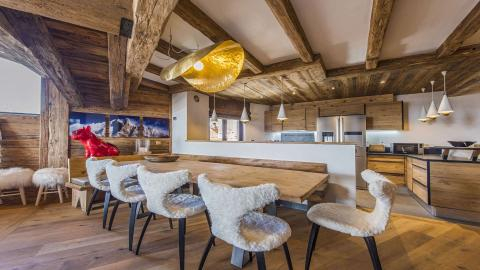 The Penthouse Savoie is a beautiful chalet apartment in the center of Val d'Isère. In the distance you can see the Face de Bellevarde lit up. Cosy and modern, it is the ideal place for families enjoying great moments. More Details
Bedrooms: 5    Sleeps: 8 + 2 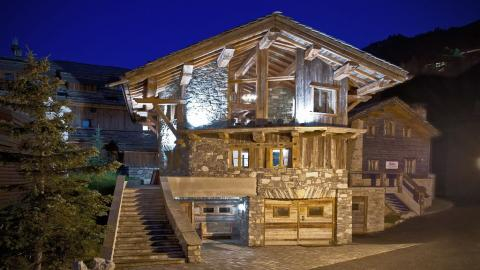 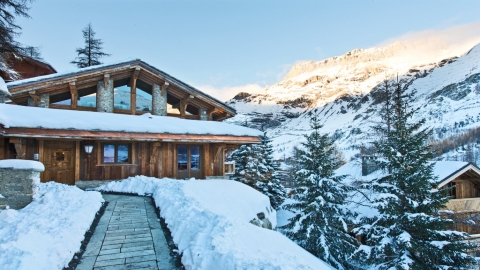 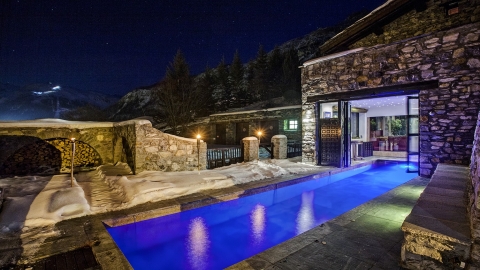 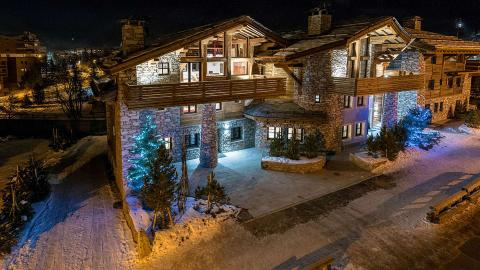 Situated just metres from the bottom of the Bellevarde chairlift, chalet Papillon in Val d'Isère is a clever blend of authentic Alpine architecture with a modern feel. The luxury ski chalet has been finished to an exceptionally high standard. More Details
Bedrooms: 4    Sleeps: 8 + 2 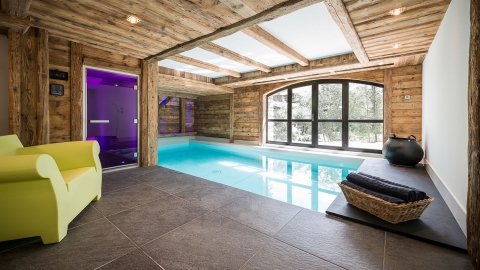 Chalet Shar Pei is a luxury chalet in one of Val d'Isère's best locations - just steps away from the Bellevarde chairlift. Spacious and light filled with views towards the Face and Solaise. Sophisticatedly designed and furnished. Indoor pool. More Details
Bedrooms: 4    Sleeps: 8 + 2