Enjoy a 100% authentic French Alps experience whilst relaxing in our exclusive luxury ski chalets in Morzine. Catered and Self-Catered chalets with Spa facilities such as hot tub, sauna, hammam and swimming pool. Morzine, ideally positioned at the heart of the Portes du Soleil, has a bustling centre and is packed with great facilities. With fabulous restaurants and bars, a weekly market, ice rink, swimming pool and ski joering all perfect for keeping the whole family entertained.

Morzine can be found between Lake Leman and Mont Blanc and has kept its 11th century Savoyard look where you will find traditional wooden chalets with slate roofs which makes you feel like you are in a real Alpine village rather than a large man-made ski resort. Holidaying in Morzine also means fast access to the high altitude slopes of Avoriaz and Les Gets.

Les Portes du Soleil is a major ski sports destination in the northern French Alps - Chablais Alps - encompassing 12 resorts between Mont Blanc in France and Lake Geneva in Switzerland. With more than 650 kilometres of marked pistes and 197 lifts in total, spread over 14 valleys and about 1,036 square kilometres Portes du Soleil ranks among the two largest ski areas in the world; the other being Les Trois Vallées.

Almost all of the pistes are connected by lifts - only a few marginal towns can only be reached by the free bus services in the area. There are 12 ski resorts in the Portes du Soleil skiing area, of which seven are French and five are Swiss.
(Photo © Office de Tourisme Morzine-Avoriaz/Portes du Soleil) 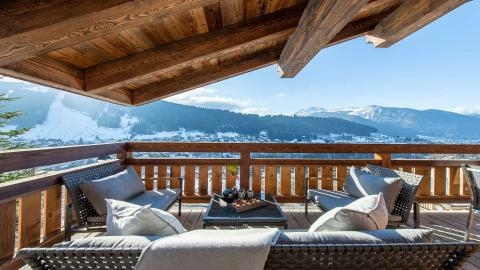 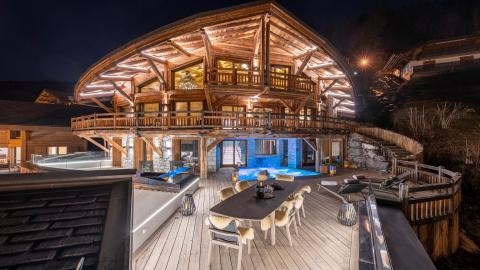 ZEMS Lodge invites guests to relax after a day on the slopes on the terrace with stunning views and a large full tiled swim spa jacuzzi. 5 minutes walking distance to Morzine. More Details
Bedrooms: 6    Sleeps: 8 + 6 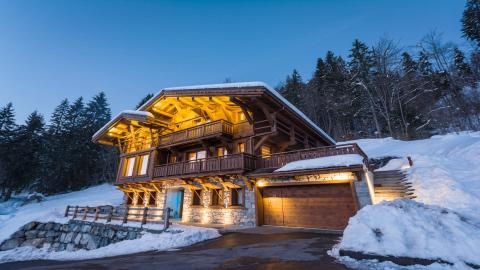 Chalet M is located high on the sunny side of the ski resort and offers stunning panoramic views over Morzine and to the slopes of Pleney and Nyon beyond. Guests have easy access to all the ski lifts. More Details
Bedrooms: 5    Sleeps: 8 + 4 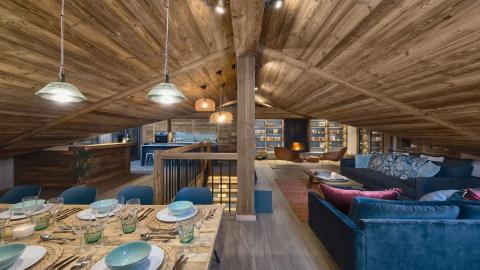 The Alpine luxury holiday home Chalet Vesper in Morzine extends over two levels with a spacious, open upper floor. Garden area with Jacuzzi where you can relax after a day in the mountains. Self-Catered. More Details
Bedrooms: 4    Sleeps: 9 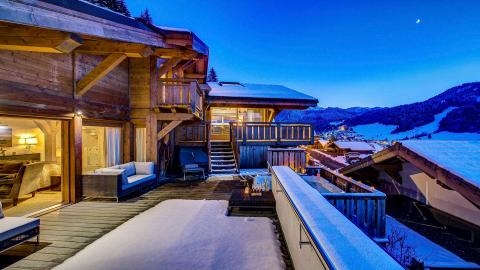 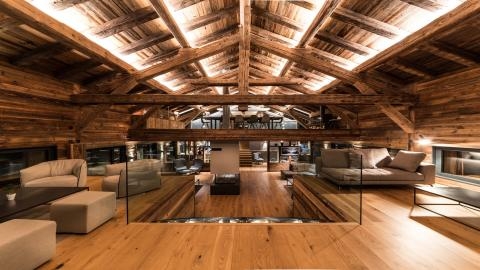 The luxurious catered chalet Joux Plane is set in a private area. Experienced skiers can ski in from the Morzine side of the valley via a short stretch of gentle off-piste. More Details
Bedrooms: 5    Sleeps: 10 + 4 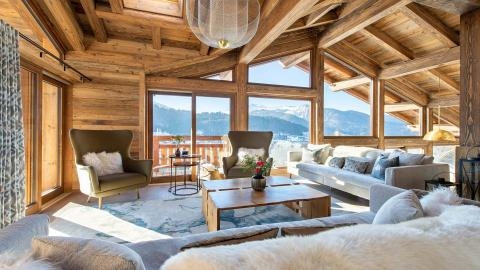 Chalet Goldilocks has the perfect location with spectacular views and a feeling of privacy. You can reach everything within 10-minute walk of the centre of Morzine with restaurants, bars and shops. More Details
Bedrooms: 5    Sleeps: 10 + 2 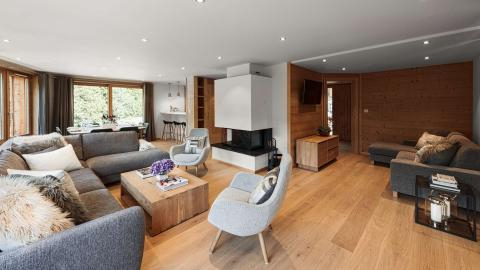 The luxury holiday home Chalet Lorne in Morzine is a new chalet with five bedrooms. It can be booked self-catered and has an outdoor Jacuzzi overlooking the Parc des Dérêches. There is also a cinema room for evening entertainment. More Details
Bedrooms: 5    Sleeps: 10 + 2 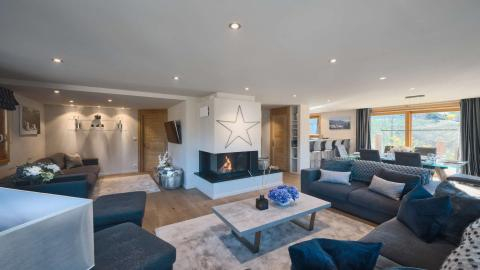 The luxury Chalet Blanc is the perfect family holiday home, a short drive from Morzine. Overlooking the Parc des Dérêches. On the sunny side of the valley with sunshine throughout the day. A free bus can take you to Ardent lift. More Details
Bedrooms: 5    Sleeps: 10 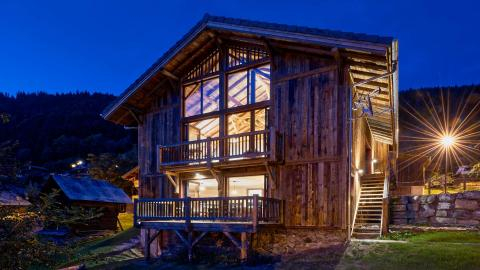 The entrance level of the luxury ski chalet Four Twenty L'Elé is a large open-plan living area that is flooded with light and sunshine through the massive glass-fronted wall that looks out to the garden and Parc des Dérêches. More Details
Bedrooms: 5    Sleeps: 10 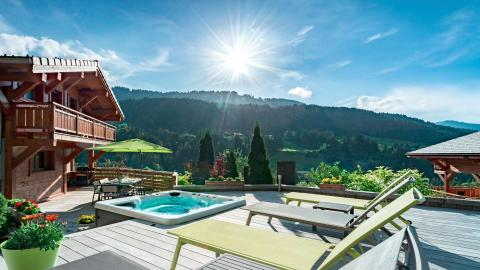 The luxury Chalet Aubois in Morzine is situated at the beginning of the Vallée de la Manche. On three levels you will find everything you can expect from a luxury holiday home. Home cinema, outdoor entertainment deck and a Jacuzzi. More Details
Bedrooms: 5    Sleeps: 10 + 2 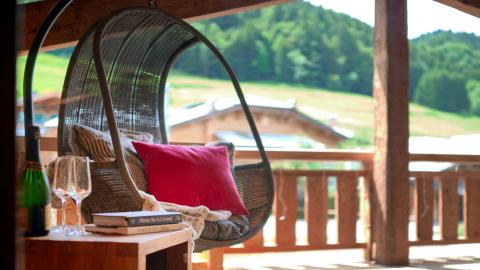