Val Thorens in the Tarentaise Valley - located at an altitude of 2300m - is the highest ski town in Europe. It is located in the commune of Saint-Martin-de-Belleville in the Savoie département. Finest Holidays exclusive and luxury ski chalets in Val Thorens are available fully catered and self-catered, many offer spa facilities including indoor swimming pool, hot tub, sauna, gym and ski in/ski out access - for the very best luxury ski holidays in the 3 Vallées. The resort forms part of the Les Trois Vallées ski area which, with over 600km of piste, is one of the largest linked ski areas in the world. The Trois Vallées ski domain is connected by a common ski pass.

Val Thorens is now one of the most successful resorts in the Alps. Given the high altitude of Val Thorens and the Glacier de Péclet the often large volume of snow means that the resort is usually open from mid-November until early May. The highest ski-able peaks are Pointe du Bouchet (3220m) and Cime de Caron (3200m). Skiers can reach these peaks via a cable car of the same name. It is one of the biggest in the world with a capacity of 150+1 passengers.

Many of the slopes in Val Thorens face north and north-west, providing good snow conditions. This means that the slopes are not as sunny, so the resort tends to attract a crowd more interested in skiing than "terracing". However, the resort itself faces south, and many people enjoy sitting outside in the sunshine when they have finished skiing.

Val Thorens has a total of 68 marked runs, and several terrain parks. The main snow park sees top level freestyle competitions every winter as it hosts a stage of the national SFR Slopestyle Tour, and the ski cross arena is frequently visited by the FIS Skier X World Cup. Jean-Fred Chapuis, who won the Skier X event at the 2014 Olympics in Sochi, hails from Val Thorens and the ski cross track is named after him.

Val Thorens is the most visited international ski resort in France: more than 70% of its visitors are foreigners. While one will find people from all over the world in Val Thorens, British, Scandinavian, Belgian, Dutch and German tourists make up the majority.

The Val Thorens resort offers a wide range of restaurants from Michelin-starred places to traditional family restaurants. You can choose between 60 places to eat when you stay in one of our luxury chalets. Enjoy an authentic Savoyard meal in a mountain restaurant and stop at Chez Pépé Nicolas on the “La Chasse” slope, between Val Thorens and Les Menuires. It offers stunning views of the Péclet Polset Glacier and the Lou Valley. Steakhouse Club 72 is perfect for music lovers. Order a drink on the terrace and eNov a snack whilst listening to the music of the DJ. 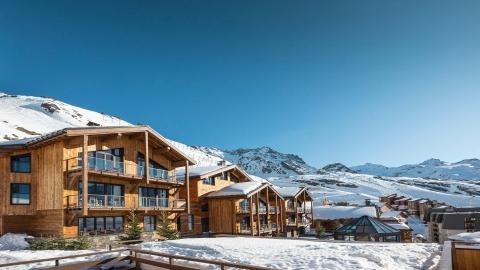 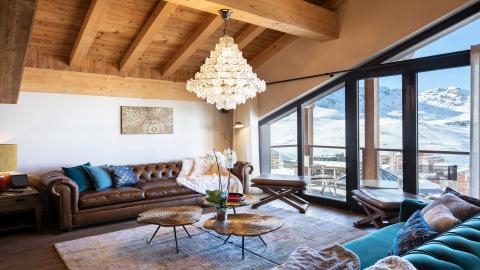 Luxury Chalet Le Cullinan sits on top of Val Thorens and is an invitation to calm down during a winter holiday. Le Cullinan can easily sleep up to 12 guests. Private Spa with Jacuzzi, sauna, gym. Quick and easy access to the slopes. Next piste 150m. More Details
Bedrooms: 5    Sleeps: 10 + 2 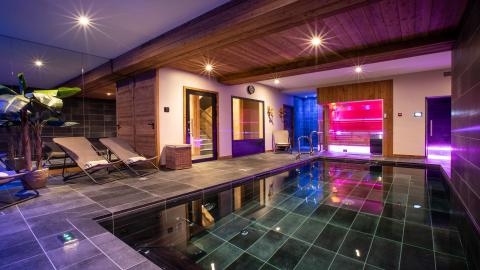 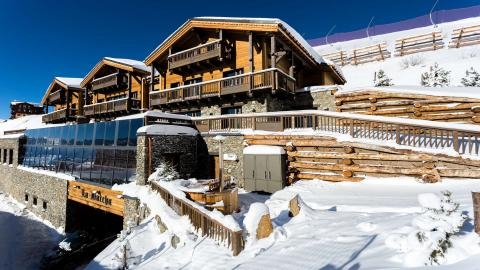 Ski in/Ski out. In the Spa of Chalet La Datcha, Val Thorens, you can take a dip in the pool, relax in a whirlpool, visit the sauna. The holiday chalet is located in the heart of the high altitude ski resort, where the Grand Rue meets Rue de Gébroulaz. More Details
Bedrooms: 8    Sleeps: 15