If there’s one man who’d be very at home in the best luxury Alpine ski chalets it would be James Bond, the sophisticated, globe-trotting secret agent who’s always after the next super villain. And the celluloid version of 007 has taken several mountain jaunts in his nearly 60-year film career, taking in some of the best skiing locations on the planet.

On Her Mastery’s Secret Service was the sixth Bond film, the only outing in the title role for George Lazenby, an Australian model who’d been spotted in a London barber’s.

The 1969 movie is still one of the most popular in the series, with an excellent thriller plot, Telly Savalas as favorite Bond villain Blofeld and Diana Rigg as an unusually complex romantic interest for the star.

The film is built around Blofeld’s plot to use brainwashed young women to start a global biological warfare attack from his Alpine fortress in Switzerland.

The film contains one of the most memorable chases in the series as Bond hurtles down the slopes from Blofeld’s base (in reality the revolving restaurant Piz Gloria) chased by Blofeld’s heavily armed skiing goons.

You can ski the Schilthorn today, staying at the resort of Murren, due north of Zermatt and west of St. Moritz.

Roger Moore was no one-shot Bond, and this 1977 movie, his third as the suave agent, features some of the most famous on-screen skiing ever recorded.

As the film opens, Mr Bond is enjoying the company of a young lady in a very traditional looking ski chalet when a message comes in calling him to London. And his companion has tipped off a posse of Soviet agents who are sliding in for the kill. There’s nothing for it but to slip into a bright yellow Bogner jumpsuit and make a ski for it.

The chase involves some fantastic skiing – a backwards summersault, a plunge through a tight crevasse – before the famous final leap into nothing. Bond seems to fall for an age before pulling the ripcord and opening his Union Jack parachute in one of the most dangerous and most famous stunts ever filmed. The jump cost $500,000 including a $30,000 fee to the skier.

The location was supposed to be Austrian, but filming took place in St. Moritz – where you’ll find Bond-worthy luxury chalets like Chalet Chesetta or Chalet Leopardo – and Canada, where the famous leap was filmed. If you want to follow in James’ ski tracks for this one you’ll be disappointed. Instead of filming at one of Canada’s ski resorts, like Revelstoke in British Columbia, the crew found their location at Mount Asgard, on Baffin Island, a site that can only be reached by the very best climbers or by helicopter.

The Spy Who Loved Me was typically international, and featured scenes shot in another luxury travel hotspot, Sardinia’s Costa Smerelda, where the luxurious Hotel Cala di Volpe in Porto Cervo played the part of villain Stomberg’s base.

3 – Cortina d’Ampezzo, Italian Alps – “For Your Eyes Only”

It’s a wonder that 007 goes anywhere near skies. Whenever he straps on a pair, a team of well-armed assassins jumps right in his tracks.

This was true again in 1981’s For Your Eyes Only. But at least James had the consolation of enjoying some time in Italy’s most stylish resort, the Dolomite town of Cortina d’Ampezzo, universally abbreviated to Cortina.

He also – but of course – has the attentions of attractive young women to deal with. In Cortina, it’s Lynn-Holly Johnson as Bibi Dahl. Johnson was an ice skater before she turned to acting and gets her skates on here, but is unable to seduce our hero, who has a murderous attack from an ice hockey team to deal on his mind.

Bond – played by Roger Moore for the fifth time – models Bogner ski gear again, showing more loyalty to his clothes brands than he does to his women.

Pierce Brosnan was the man with the license to kill by the time of this 1999 film, the 19th in the Bond series.

This time out, James’ main mission is apparently to protect the beautiful Elektra King, daughter of an assassinated oil billionaire whose life is threatened by terrorist Renard, played by Robert Carlyle. All, and particularly Elektra, is not what it seems though.

Again, heading for the slopes is no relaxing break for James. He and Elektra (played by Sophie Marceau) are dropped off by helicopter for some exploring. Who should appear overhead? Only a bunch of black-clad paragliders, chucking hand grenades and machine gun bullets at our hero!

It‘s common practice in the movies for somewhere undiscovered, isolated and much cheaper to stand in for well-known locations. Here the Bond crews reversed the process. The chase is fictionally taking place in the Caucuses. In reality it was filmed in Chamonix, one of France’s top ski resorts and home to the fabulous Le Chalet Mont Blanc. Technicians even found themselves involved in an avalanche rescue during the shoot.

To bring our Bond on Ice series up to date we have SPECTRE with mean, moody Daniel Craig taking the agent through his 24th appearance on screen.

Solden was chosen as the location for another great snowy set-piece, and not just for its superlative mountain setting in the Tyrol, where you’ll also find the famous resorts of Kitzbühel (home to the cosy Chalet Kitz), Fuegen, Lech (we recommend Chalech 1, a new holiday ski chalet next to the Schlosskopflift) and St Anton (the brand new luxury Chalet Lena is sure to impress all clientele).

Solden was chosen for its buildings, particularly the very modern Ice Q restaurant, a glass box that becomes a psychology clinic in the film. Inside is Dr. Madeline Swann, played by Lea Seydoux, a – would you believe it – beautiful young woman who Bond is trying to save from SPRECTRE, the ultimate crime syndicate.

Filming was tough, and had to be delayed after a couple of accidents, but the film, including the spectacular action scenes in the mountains, got good reviews. And this being the modern movie industry the makers were only too keen to tell viewers that Bond wore Danner boots and Mulberry gloves for his Austrian trip.

Finest Holidays – Luxury Travel is a luxury travel specialist with a portfolio of the finest luxury ski chalets on the planet. If you’d like to live like Bond then start now by browsing our site and preparing for Alpine action at the best resorts in France, Switzerland and Austria. We also have a huge selection of luxury villas – most of them close to the world’s best beaches -, hotel suites, ski apartments, safari lodges and even private islands for your summer break. Call us now on +34 661 71 80 61 to talk to a resort specialist or email relax@finest-holidays.com 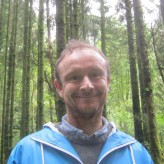